We are here to help support and keep you safe at work and on the road. 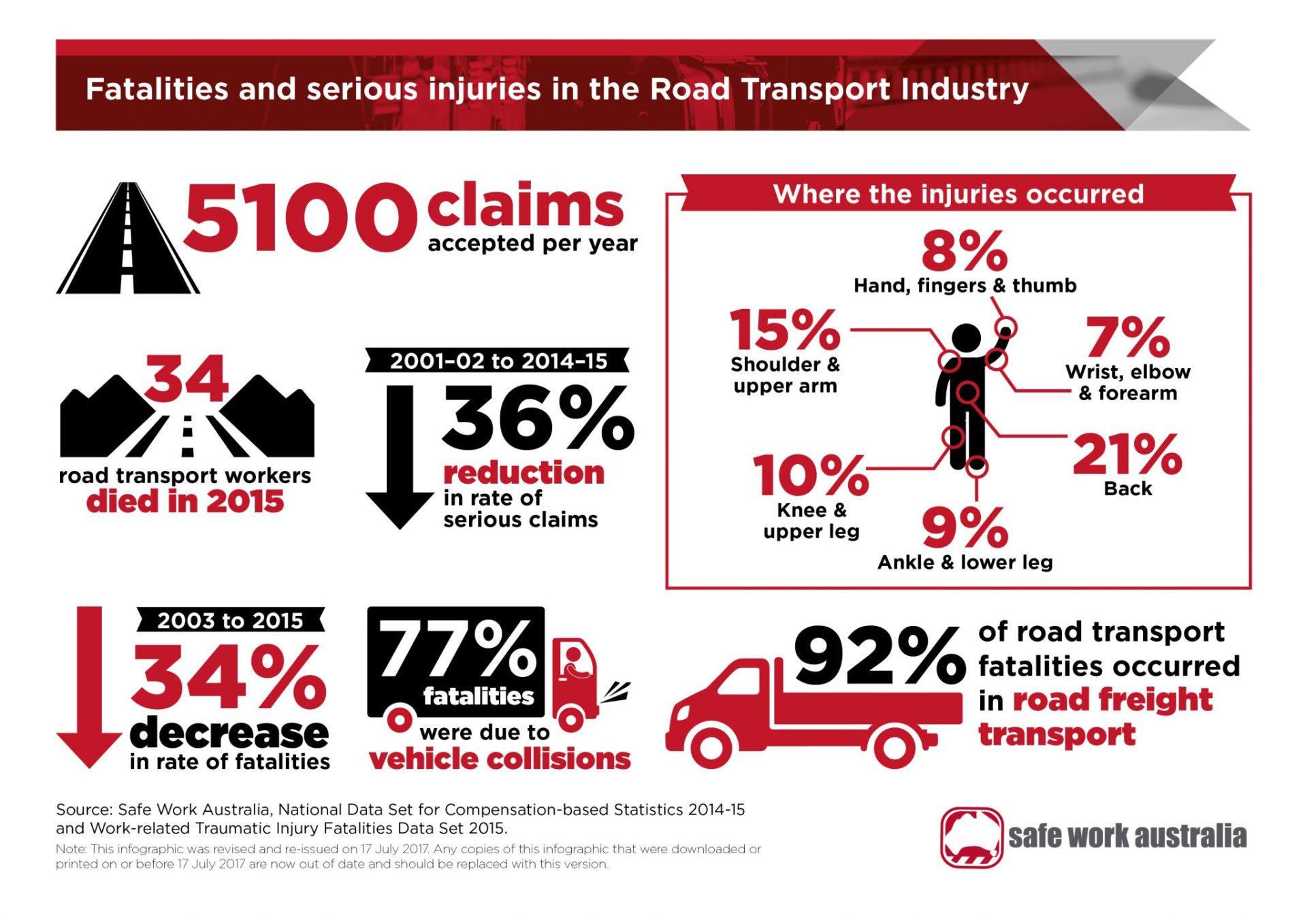 Studies have shown that obstructive sleep apnoea (OSA) is associated with a significantly increased risk of motor vehicle accidents and that this risk is reduced when sleep apnoea is treated effectively using continuous positive airway pressure (CPAP) therapy.

In Australia, more than 1,500 people are killed in road accidents each year and approximately 22,000 are seriously injured. The total economic cost of Motor Vehicle Accidents (MVA) is estimated to be greater than $15 billion per year. Studies indicate that sleep issues contribute to this toll and recognise how dangerous OSA can be for drivers if left untreated.

Sleepiness can interfere with even the simplest cognitive tasks and driving is one of the most complex and potentially dangerous tasks we perform.  For everyone’s safety, we need to be fully alert to rapidly process our driving environment, make split second decisions and precise movement through hand-eye coordination. While past road safety campaigns have warned of the dangers of excessive speed, driving under the influence of alcohol and drugs, travelling without a seat belt, and avoiding distractions such as mobile phones, there is increasing emphasis and recognition of the impact of fatigue and sleepiness on driving.

Sleep deprivation and fatigue are estimated to cause around a third of all Motor Vehicle Accidents, either directly or through cognitive impairment such as poor judgement, lack of concentration, impaired memory, diminished hand-eye coordination and slow response to external stimuli.

It is now known that extended wakefulness, or lack of sleep, results in impairment similar to that of being under the influence of alcohol. Sleep disorders, poor sleep habits, sleep restrictions and shift work are just some of the conditions that can cause fatigue and sleepiness. Obstructive sleep apnoea is associated with a two to seven fold increased risk of a Motor Vehicle Accident.

Commercial drivers are particularly at risk due to their increased time on the roads, the amount of kilometres driven, long periods of wakefulness required, monotonous highways and driving through the night in order to meet time schedules.  There is also added danger due to the size of the vehicle and the limited ability to take evasive action, increasing the possibility of an impact at full speed, potentially with a load of hazardous substances,

Studies confirm that the prevalence of sleep apnoea in commercial drivers is significantly higher than the general population. This is because commercial drivers tend to be male, overweight due to their sedentary occupation, and in the middle to older age group.  All factors that increase Obstructive Sleep Apnoea risk.

Lullaby Sleep can help you with…

Are you at risk?

Obstructive sleep apnoea (OSA) is the repetitive restriction to the upper airway during sleep, caused by relaxation of the dilator muscles of the pharynx and tongue narrowing the upper airway and resulting in stopping (apnoea) or reducing (hypopnoea) breathing.

Central sleep apnea refers to a similar pattern of cyclic apnea or hypopneas caused by oscillating instability of respiratory neural drive, and not due to upper airway factors. This condition is less common than OSA and is associated with cardiac or neurological conditions. It may also be idiopathic. Hypoventilation associated with chronic obstructive pulmonary disease (COPD) or chronic neuromuscular conditions may also interfere with sleep quality causing excessive sleepiness.

OSA is more common in men and the risk increases with age. Physical features commonly include obesity (BMI greater than 35), a thick neck (greater than 42 cm in men, greater than 41 cm in women) and a narrow oedematous oropharynx. Some health issues can also be associated with OSA, such as type 2 diabetes and difficult-to-control high blood pressure.

People with possible symptoms of sleep apnoea, excessive sleepiness or another medical sleep disorder should be referred to a specialist Sleep Physician for further assessment, investigation with an overnight polysomnography and management. Referral to a Sleep Specialist should also be considered for any person who has unexplained daytime sleepiness while driving, or who has been involved in a motor vehicle crash that may have been caused by sleepiness. A sleep technician can give you instructions to complete the sleep test in the comfort of your own home or it can be done at a sleep clinic. A follow up appointment will be made for you so your Sleep Physician can discuss your results and your options for treatment.

A person found to be positive for moderate to severe OSA on a polysomnography, but who denies symptoms and declines treatment, may be offered an MWT (maintenance of wakefulness test). The MWT should include a drug screen and utilise a 40-minute protocol. For those with a normal MWT, the driver licensing authority may consider a conditional licence without OSA treatment subject to annual review.

Commercial vehicle drivers Commercial vehicle drivers who are diagnosed with OSA syndrome and require treatment are required to have an annual review by a Sleep Specialist to ensure that adequate treatment is maintained. For drivers who are treated with CPAP, it is recommended that they should use CPAP machines with a usage meter to allow objective assessment and recording of treatment compliance. An assessment of sleepiness should be made, and an objective measurement of sleepiness should be considered (MWT), particularly if there is concern regarding persisting sleepiness or treatment compliance. Mandibular splints with a usage meter are also acceptable.