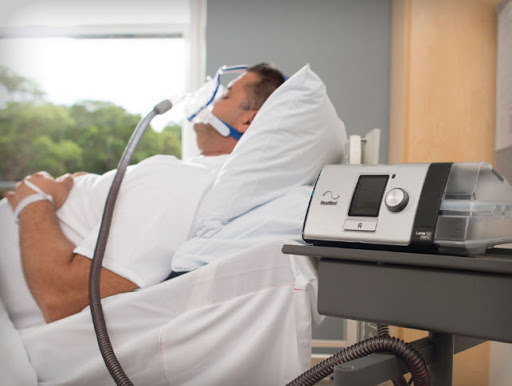 CPAP device maker ResMed has been commissioned by a government ‘war production unit’ to help produce some of the additional 2000 ventilators needed meet the increased caseload for COVID-19 associated respiratory failure.

Minister for Health Greg Hunt said on Monday 22 March that a special unit in the Department of Industry is working with four companies – ResMed, GE, Medtronic and Phillips to expedite production of invasive and non-invasive, ventilators.

“What we know is that some are already gearing up and kitting up. We’ve appointed the former Secretary of the Industry and Health departments, Glenys Beauchamp, to work directly to the Industry Minister, Karen Andrews, to oversee this production,” he said.

“[ResMed] are used to respiratory actions – they have offered to convert their production lines to ventilators,” he said.

“These may not be the highest-grade ventilators but for those patients who are one level down. So the medical authorities are working with them, the Medical Technology Association of Australia, so all the medical tech companies, they have contacted us and said: we’re moving into wartime mode, you tell us what you need and we’ll do it.”

The companies would be given fast track approval for the devices they are able to produce, the minister added

In its newly developed released COVID-19 management guidelines the Australia and NZ Intensive Care Society (ANZICS) says that several types of respiratory device may have a role in management of COVID-19 associated respiratory failure.

In the ICU setting it states that  high flow nasal oxygen (HFNO) therapy is a recommended therapy for hypoxia associated with COVID-19 disease.

Patients with worsening hypercapnia, acidaemia, respiratory fatigue, haemodynamic instability or those with altered mental status should be considered for early invasive mechanical ventilation if appropriate.

However, routine use of non-invasive ventilation (NIV) is not recommended.

The guidelines also recommend against the use of nebulisers, stating that use of metered dose inhalers is preferred where possible.

ANZICS president Dr Anthony Holley said it should be possible for the Australian healthcare system to temporarily create an additional  2000 ICU beds to manage the COVID-19 caseload.

“If it was a truly catastrophic situation, we could potentially in Australia double the number of ICU beds for a period of time,” he told the Sunday Age.

However other doctors have said that the number of ventilators is far below the number likely to be needed when COVID-19 cases are expected to peak in May.

In WA a letter from senior clinicians – including former AMA president Dr Michael Gannon to the premier said the demand would rise to over 400 ventilators per day. “Peak need for ventilators will be over four thousand in a system where we have less than two hundred … most of those needing a ventilator will die,” they wrote.

What ventilators are available in the home market?