The secret to better sex, sleep, stress and fitness in your 30s 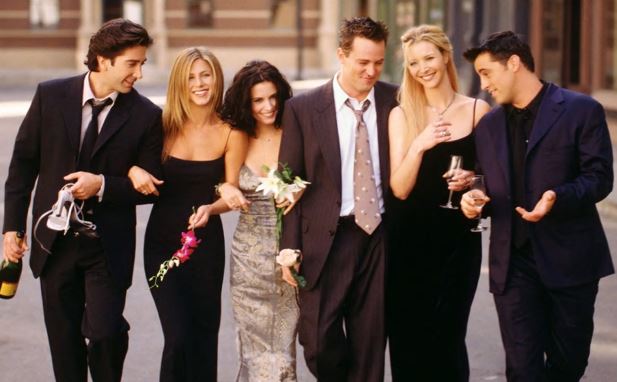 Turning 30 is a milestone – and one that we don’t always welcome with open arms. Yet it can be one of the most defining decades of our lives, bringing career progression, serious relationships, moving up the property ladder and even becoming parents.

Following the often-chaotic decade of our twenties, therefore, your thirties are when you take on more responsibility. While this brings numerous advantages to your life, it can also put a strain on your health – namely, on your sleep and fitness schedules.

That’s why we have compiled this guide, so you can be thirty, flirty, thriving and (to quote Instagram influencers) living your best life. Here are tips from the experts on how you can have better sex, sleep, stress and fitness levels during this important decade

This is the age when children often come along, and pregnancy, birth, breastfeeding and sleep deprivation can all take their toll on a couple’s sex life. “It may help to have conversations about how things may change, before baby arrives,” says Amanda Major, a sex therapist and head of clinical practice at Relate.

“And be flexible. Sex might have to happen at different times now.”  After pregnancy and childbirth, incontinence and prolapse can have an effect on a woman’s sex life, both due to impact on sensation and body confidence, says Dr Elise Dallas, clinical lead of women’s health at private GP service Babylon. Kegel exercises, during pregnancy and after birth, are key, but if you have any concerns see your GP or a physiotherapist.

Anniki Sommerville, co-author of More Orgasms Please: Why Female Pleasure Matters, advises couples to keep up physical contact, even when full-on sex is off the cards. “After kids you can forget to kiss for kissing’s sake, but it’s when you need affection the most and can help a couple stay close and feel fancied,” she says.

“This is when work, financial stress and raising a family all kick in,” says Dr Neil Stanley, an independent sleep researcher and author of the book How To Sleep Well.

If you’re lying awake, brain whirring, Stanley says the key thing – rather than attempting any particular exercise or counting sheep (which Oxford University has officially debunked for its sleep-inducing abilities) – is to stop actively trying to sleep, as this will only make matters worse.

“Avoid getting into that mindset of counting how many hours you’ve got left before you need to be up, worrying about how tired you’ll be,” says James Wilson, a sleep behaviour expert who has worked with the Royal Society for Public Health. “Instead, try thinking about a time you had little or no sleep, but managed to perform fine. Reassure yourself that you’ve coped before, and you’re much more likely to calm your brain so sleep can happen.”

For women in their 30s, pregnancy can bring insomnia, and waking throughout the night.

As many as one in four pregnant women are affected by restless legs syndrome, says Dr Leschziner, consultant neurologist and clinical lead for the Guy’s Hospital Sleep Disorders Centre. As the name suggests, this neurological disorder causes an uncontrollable urge to move the legs, or sometimes an itching, tingling, burning or creepy-crawly sensation. It tends to be worse in the evening, stopping people falling asleep, but it can also cause involuntary movements that wake people up.

“Low iron is a common trigger and supplements can treat it,” says Dr Leschziner. “So if you’re pregnant – or if you have particularly heavy periods – it is very much worth asking your GP to check.”

Of course, the broken nights really begin when baby arrives. In fact, parents suffer disturbed nights for six years afterwards, according to research published this year by the University of Warwick. And a disturbed night’s sleep leaves you feeling as bad as an extremely short one – a 2014 study by Tel Aviv University found that women who slept for eight hours, but were woken four times, were as groggy and tired as women who’d slept for just four hours.

“Once a child gets past feeding, my advice is to take turns on night time duties rather than splitting them in the same night,” says Stanley. “If you can, agree in advance who’s going to get up if a child wakes, while the other person sleeps through – with ear plugs in if needs be – and take turns that way.”

Getting married, getting on the property ladder, getting promoted, or having babies are the big life changes likely to be the root of stress in this decade, according to Dr Chetna Kang, a consultant psychiatrist at the Nightingale Hospital, in London. “The first thing is not to be so hard on yourself,” she says.

“People often think they should sail through change, but change is stress as we’re forced to modify our way of doing things.” An increasingly sedentary lifestyle also makes us more prone to high stress levels, according to Dr Mithu Storoni, a neuroscientist and author of the book Stress Proof.

“When we’re exposed to something stressful at work, sitting in front of the computer, (stress hormone) cortisol will rise, which is normal but, because we’re not moving around, it doesn’t have a chance to settle again before you get your next bout of stress,” she explains.

Hitting the gym after a long day at our desks only adds to the problem, as intense exercise acts as a stressor, she says. Instead, switch to a morning workout and aim to build incidental, low-intensity exercise – such as walking or stretching – into your day, advises Dr Storoni, a neuroscientist and author of the book Stress Proof.

Busy, time-poor and likely to be spending more time in a sedentary job, this is a time to integrate energetic, multi-tasking sports into your routine, says Matt Roberts, celebrity personal trainer and author of new book Younger, Fitter, Stronger: The Revolutionary 8-week Fitness Plan for Men.

“Tennis or squash played at high intensity is good for getting a muscular, cardiovascular, flexibility and co-ordination workout along with a stress release within one 45-60 minute commitment weekly.”

This is the decade that children are most likely to come along, so women should be paying attention to pelvic floors with planks, side planks, pilates and yoga. “Try the bridge – lying on your back with your feet flat on the floor, knees bent and doing pelvic lifts up and down,” Roberts advises.  ‘This is using your glutes but you’re actually clenching the entire pelvic floor at the same time.”

Muscle naturally starts to decline at this stage, while circulation reduces and we start to lose flexibility and elasticity in the soft tissues – so your weekly rugby or 5-a-side game may start to produce more injuries. Leave longer recovery times after exercising, and incorporate recovery workouts such as yoga into your weekly routine.

Struggling with your sleep or just tired all day? Talk to a Sleep Specialist Doctor today on ways to improve your libido and keeping up with your social life!

← Is ‘Sexsomnia’ Really a Thing? We are still here for you! →