It was me Attacking Myself: Sleeping With Adult Night Terrors 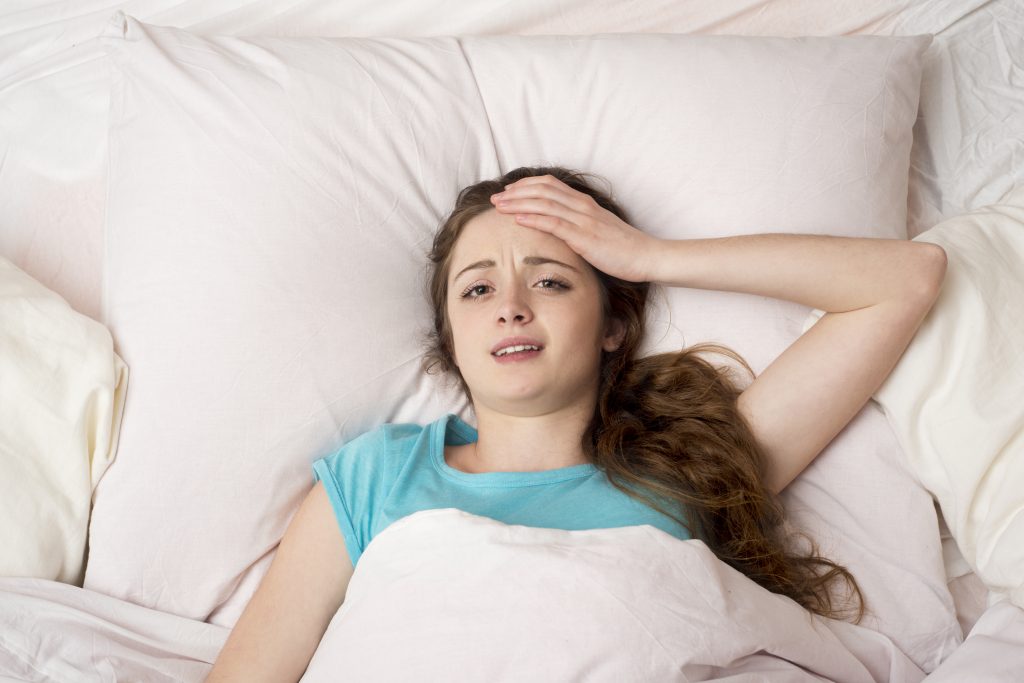 While the phenomenon is also known as ‘sleep terrors’ is more common in childhood, it affects a disturbing number of adults – many of whom are reluctant to seek professional help.

Nursing student Ashley Hvass lived with night terrors for two years as a result of PTSD.

“There were a few traumatic incidents in my life and I was diagnosed with PTSD – it was hard to function and I was tired all the time,” she told The Feed.

“I didn’t sleep, I didn’t want to do anything, and about two months after that period the night terrors began.”

“When we think of night terrors, there’s screaming, jumping – if you try to wake them, you can become part of what is scaring them and that can make it worse,” said RMIT Psychology Professor Gerard Kennedy.

Many people who suffer from night terrors often wake with no memory of the things that terrorized them in the night – but for some, including Ashley, those images are hard to forget.

“There were recurring images of car crashes, people dying, and me getting hurt. I would wake up unable to breathe, with bruises, and scratches on my body,” she said.

“I felt like someone was in the room and they had attacked me – but really, it was me, attacking myself.

“I felt like I was crazy and no one else would relate – but once I started uni, I met a range of people and realized many others have sleeping disorders too.

The problem impacts those surrounding the sufferer as well.

Credits to the Source: SBS.COM.AU

← Experience the New Upgraded CPAP Machine Can sleeping on your back cause Alzheimer's? →